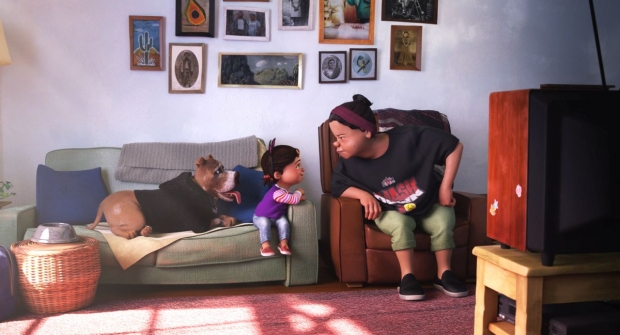 If there are two things that people always think about together, it’s grandmothers and wrestling. Or maybe it’s only Pixar Animation Studios artist Louis Gonzales, the director of the funny and touching new CG short, Nona. Produced by Courtney Casper Kent, and created as part of the studio’s SparkShorts program that offers Pixar employees the opportunity to direct short personal films, Nona premieres today, September 17 on Disney+.

The story is simple: A grandmother (the eponymous Nona) plans to spend her day off with one of her passions, the TV show “E.W.W. Smashdown Wrestling.” However, when her five-year-old granddaughter, Renee, arrives unexpectedly, Nona is torn between attending to her favorite person and watching her favorite show. In the end, a loving compromise is reached.

What could be simpler?

“It was funny,” says Gonzales. “I thought I had a simple little character piece. And I was afraid that no one would want to work on it because it was too simple. But then it turned out that even though there were just two characters, there were three different worlds – the “real” world, the TV wrestling world, and the imagination world. And I really wanted different animation styles for the different worlds, and we had to put them all together.” 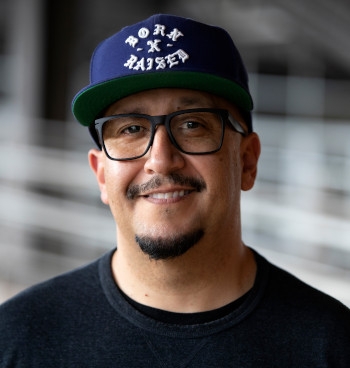 “Louis had a lot that he wanted to try to get into this really short timeframe,” adds producer Kent. “He tried to keep the set and characters simple, but for each of the three worlds, he wanted to explore a different style and a different kind of lighting approach. So it was very complicated, and we had a lot of technical consultants trying to find solutions. I just approached it like, OK, I’ve never done this before, and this is going to be fun to figure out.”

The technical team also played a fundamental role in the overall design of the film, working directly from Gonzales’s sketches instead of from paintings done by concept artists.

“Louis came to the table with a lot of inspiration from 1960s design and specific images from the LA area,” Kent recalls. “And the team figured a lot of it out in the computer. So it was a bit more of a challenge for them to find the look that was in Louis’ mind, but it also gave them a creative outlet that they don’t always get from going the more traditional art route.”

The pre-production process was something of a stop-and-go affair, as Gonzales worked to define the characters, who were partly based on his own grandmother and daughter, and ensure that they were more than just types or caricatures. Then, once he had them nailed, he spent a long time – at unusual hours – developing and fine-tuning the story.

“I bought a sketchbook, and for whatever ungodly reason, I started waking up at 3:00 in the morning every day, and I just would think about the story and start drawing,” he remembers. “I did it mostly in my sketchbook, which was like my journal. And I loved how it went from drawings to writing, as I worked to get at the meat of it, the emotional core.”

Because the limited budgets provided by the SparkShorts program don’t always allow for building CG components from scratch, Gonzales also vividly remembers the extraordinary inventiveness of the production team, who were tasked with creating a growing number of secondary characters.

“We had to borrow characters from other shows,” he explains. “And I would do draw-overs, and Andrea Goh, our character artist, would keep sculpting and modeling to match my draw-overs. We couldn’t change the hair too much; all we could do is remove it. So, my tech supe comes up with this brilliant solution. She says, ‘I’m gonna paint and extrude it, and it will look like spandex and tattoos.’  So we started designing to this limitation, and it was fantastic. When you see the figures filtered through the TV, they completely look like unique characters.” 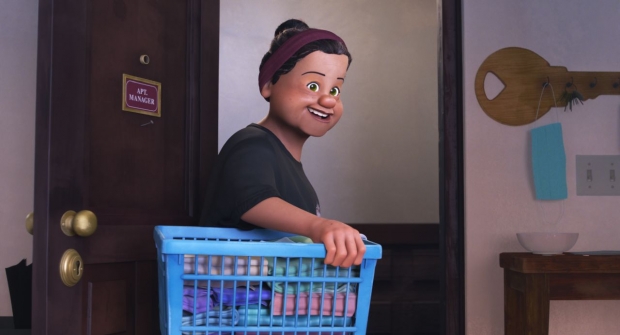 As for the overall experience of writing and directing his first short film, Gonzales freely admits that initially it wasn’t an easy sell. Having made a decision soon after joining Pixar to put aside his desire to tell his own stories in order to devote himself to his job and his family, he wasn’t sure he was up to the challenge when SparkShorts came calling.

“Is this the time?  Am I too old?” he remembers thinking at the time. “I was confused because I had put something on pause for 10-plus years, and I was just outright afraid to take that step.”

In the end, he not only conquered his doubts and made a film that he can be proud of, but he also made some unexpected personal discoveries while going through the creative process.

“I found it exciting to be presenting a grandmother that is not like the grandmas we’re used to seeing,” he says. “Stories should be celebrating different perspectives on characters like grandparents. And once I discovered the emotional truth about this character, how they moved and what they were, it was like, oh my God, I was always pulling from family. Like it was always my life –my people, my loves that kept coming back into the story, and kept feeding it.”