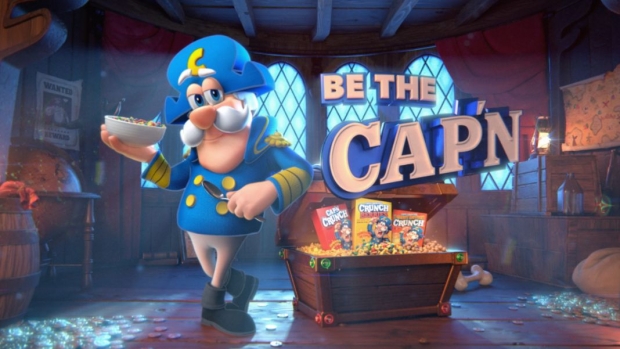 Childhood memories of the sweet, crunchy breakfast cereal run deep – Saturday mornings, cartoons… Cap’n Crunch was part of growing up. And now, after nearly 60 years, the face of the brand gets a makeover; creative studio ATKPLN was tapped to give the beloved Cap’n a new look.

ATKPLN’s executive creative director Daniel DelPurgatorio envisioned the new Cap’n as though he had just stepped off the cereal box and a into blockbuster film, which evolved into a new 3D version of the character. With a balance of nostalgia for adults who grew up devouring the back of the box content, to a fresh new style aimed at attracting young cereal lovers, the design team kept the core character design intact while adding modern design elements.

“The Cap’n was a little hesitant about the new look at first, but once he got verified on socials, he was amped,” noted DelPurgatorio.

The new look for the Cap’n will be used across all the brand’s visuals, including broadcast and social media assets. Check him out donning his new 3D persona and digs: