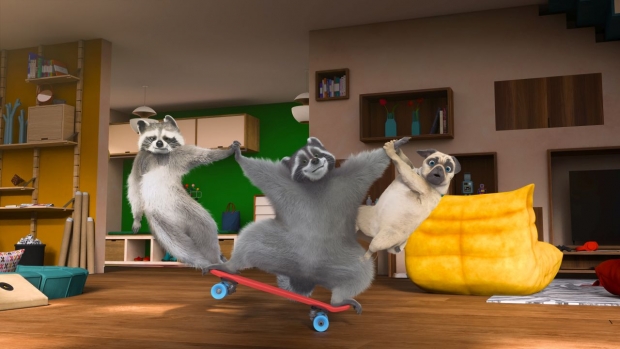 Founded in 2005 by Guillaume Hellouin, Corinne Kouper, and Caroline Souris, TeamTO is one of Europe’s leading creative animation companies. With a studio of over 300 artists, offices in Paris, Los Angeles, Beijing and Toronto, and an animation facility in Bourg-Lès-Valence, TeamTO has produced more than 370 hours of animation over the past 15 years. Whether developing their own series – including the Emmy-nominated Angelo Rules, My Knight and Me, and Oscar’s Oasis – or doing work for hire for Disney, Activision Blizzard, eOne, Ubisoft and many other companies, they bring wide expertise and creative energy of a high order.

To learn more about just what the studio brings to the table, we spoke with the studio’s Creative Development Producer Mary Bredin about three of TeamTO’s current and upcoming series: Jade Armor, Mighty Mike, and Presto! School of Magic. It turned out that, in addition to the exceptional in-house talent involved with these programs, in each case TeamTO also brought in expert consultants – from a stuntman to a magician and an architect – who helped define the feel and purpose of the shows and contributed to their successes. 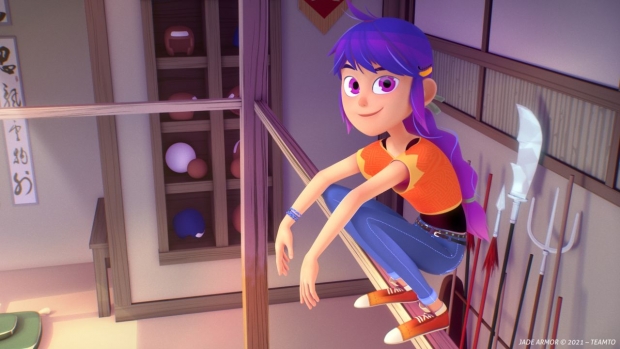 When teenage martial arts trainee Lan Jun puts on a mysterious jade bracelet, she finds herself suddenly transformed into the legendary superhero Jade Armor. Empowered with masterful kung fu moves and a coterie of mystical Beasticons, Lan Jun, aided by her friends Theo and Alisha, now must contend with an array of evil super villains, in addition to the even more challenging travails of being a teenager. 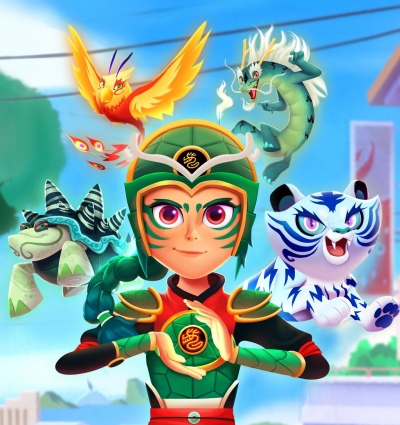 “A girls action series focusing on kung fu is unique in itself,” says Bredin, who became TeamTO’s creative development producer in 2018. “But Jade Armor also has a strong theme of family heritage: how to build your personal story and forge your own path from a shared past. Lan Jun is half Asian and half European, and was raised by her grandmothers in the family tradition of kung fu. Now she’s seeking her own way in life, reinterpreting past traditions, while redefining the rules of the game in her own way.”

Bredin says that the look of the show was created by director Chloe Miller, an avid fan of anime. “She developed the show as a multicultural world full of references to Asia, mixing in some elements from Western culture, and borrowing certain styles from independent video games, with a design halfway between 3D and 2D. The influence of kung fu movies can be seen in the choreography of some of the fight scenes, which were inspired by films like Crouching Tiger, Hidden Dragon and Kung Fu Hustle.”

To make the fight scenes as authentic as possible, the creators enlisted the services of stunt specialist Anthony Pho, who worked with them throughout development. Pho made videos of the action scenes using kung fu practitioners before the storyboards were done to help the directors create the choreography. 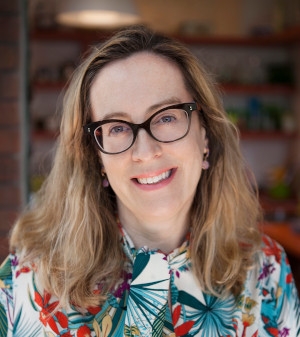 Miller and Bredin were also fortunate to have the assistance of Denis Do (director of the 2018 animated feature Funan), who served as head of storyboards and co-directed some of the episodes. “We were amazed when Denis, himself a former kung fu champion, told us he would love to co-direct the show with Chloe,” enthuses Bredin. “We could not have had a better candidate to handle the action scenes with her.”

When asked about the biggest challenge they faced in making the series, the answer, not entirely surprisingly, involved a certain highly contagious virus. “The main challenge for this really ambitious series was that, because of COVID, Chloe had to lead a large creative team from her bedroom!” Bredin recalls, still amazed. “She has two small children, who would join the occasional zoom call! Our writers’ room was also virtual – MJ Offen, also with two kids at home, managed to lead a team of writers based in North America, and Ghislaine Pujol has been leading the French writers, working across time zones and languages.”

“The other huge challenge,” she continues, “has been recording. We really wanted authentic voices for the series and Linda Lamontagne, our casting director, found talent all over the world to achieve this. Our voice director, Merle Anne Ridley, has been around the world virtually, from New Orleans to Madrid. Our first table read with all the talent on a screen, was breathtaking. It is amazing how technology has allowed us so many solutions and opportunities.”

The magic never stops (literally) in this comedy featuring a band of talented and curious kids who dream of becoming magicians. Star students Dylan and Lisa, and their fellow aspiring illusionists Nica, Violet and Vincent, all have different reasons for attending the school opened by Lorenzo, a retired magician of international renown, in his old mansion. But they also have one thing in common: a passion for illusion, conjuring and the art of magic. 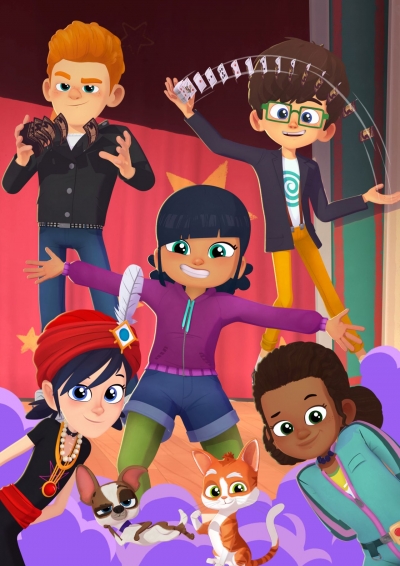 “Presto! is the only animated show out there about the real art of magic,” says Bredin, explaining what makes the show unusual. “It’s more in the vein of Glee or Fame than, for example, Harry Potter. The magic is based in reality, so the characters (and viewers) can learn things like illusion, sleight of hand, and other general tricks of the trade. The dexterity and ingenuity of the heroes becomes a kind of super power not based in fantasy.”

In addition to emphasizing the verisimilitude of the tricks, she says that they also wanted to bring a fresh image to magic and illusionism by using new technologies, showing new and more acrobatic and surprising tricks, and playing with the limits of reality. She adds, “The expressiveness and flexibility of our characters brings another layer to our stories that, together with the graphic design that mixes 3D with flat and textured renderings, is similar to the movie Hotel Transylvania.”

As for the decision to bring in a real magician to help with the design of the series, Bredin says that, since the whole show revolves around the art of magic, it was essential to make that component as authentic and true to life as possible.

“The authenticity allows for real interaction with the audience and a way to continue inspiring engagement with viewers way beyond the screen time,” Bredin explains. “It is an art form that is shrouded in mystery, so scriptwriters wouldn’t necessarily be able to conjure up a credible story without a real magician.”

Moreover, having a professional prestidigitator on board helped TeamTO address the most fundamental issue: How do you make magic feel real in a genre – i.e., animation –  where everything seems magical?

“That is the million-dollar question,” Bredin agrees, “and the real reason why no one has done traditional magic in animation before – which we saw as an opportunity. Our magic consultant ensured that all the tricks were based in reality, where – believe it or not – they are now using almost as much technology as CGI! And the director, David Lopez, put the focus on the tricks and sleight of hand with a style that mixed ‘cartoon’ protocols with more realistic methods. The authenticity of the magic is reinforced by how the tricks are staged and presented within each episode.”

What do you do when you’re a refined pug with sophisticated tastes, who longs for nothing so much as a quiet life, and perhaps a discreet assignation with the elegant poodle next door, but instead is forced to defend his house from a rowdy bunch of raccoons, turtles, and Fluffy the Cat?  If you’re the eponymous Mike, you wind up getting dragged into a series of increasingly ridiculous misadventures, featuring innumerable unexpected twists and turns, from which you’re lucky to escape with a shred of your dignity intact.

Such is the set-up in this 3D, dialogue-free series that, Bredin says, is inspired “as much by Tom and Jerry as by the real and expressive animals in the LOL pet videos that flood YouTube and Facebook. The absence of dialogue means that the narrative relies entirely on the physical comedy and action of the characters, and our creative team has done a superb job delivering very complex and hilarious stories entirely without words.” 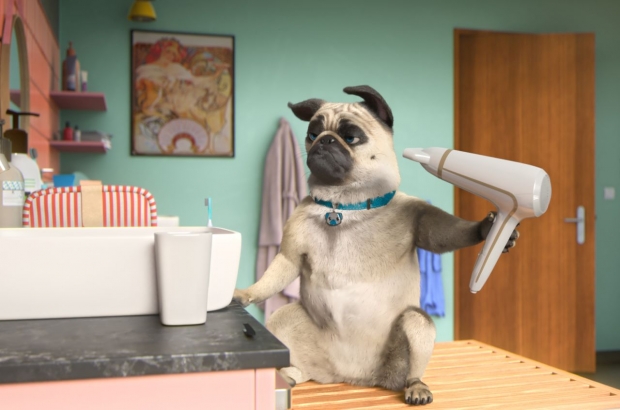 Another outstanding feature of Mighty Mike is the level of photorealism, from the physical characteristics of the animals – their fur, movements, whiskers, and expressions – to the details of the domestic world in which they exist. To achieve these high production values, TeamTO used Rumba, a new animation software developed in-house, which allowed them to significantly accelerate and elevate the quality of the production.

It was also a concern for that realism – and high style – that led them to recruit architects and set designers from the film industry to help with the art direction. “Together we landed on a young, colorful and bright atmosphere,” Bredin shares. “There is a distinctly ’60s, L.A., Hockneyesque feel to the house that not only creates a very specific visual, but also supplies endless platforms to springboard the nonstop physical comedy of the series. The layout of the house, the furniture, the pool area, garage doors, cat flaps… everything provides opportunity for things to be used as props – or simply to go hilariously wrong.”