Those Tricky Women at the Tricky Women Animation Festival in Vienna, Austria have come up with some new tricks this year –  in conjunction with Klangforum Wien, an Austrian chamber orchestra, the festival has paired ten women animators with ten female composers to create Happiness Machine.  The ten animated films are all interpretations of The Common Good Economy Theory by Christian Ferber relating to consumption and greed, solidarity and competition, unity and rebellion.

The pieces are very different in technique.  British animator Elizabeth Hobbs and composer Carola Bauckholt from Germany tackled greed head-on in The Flounders.  The beautifully painted animation is an interpretation of A Fisherman and His Wife by the Brothers Grimm.   The BAFTA-nominated Hobbs’ printmaking background is very much in evidence in her interpretation of the 18th-century German tale about a greedy fisherman who is driven to acquire more and more wealth at the expense of the environment.

In a totally different style, Serbian animator Ana Nedeljkovic and Swedish composer Hanna Hartman addressed corporate green in Ana’s stop motion film The Happiness Machine.  The piece is conceived as a simulation of a non-existent video game concerned with business practices.  At first sight, it seems to be an ideal video game company, but as you look at the bigger picture details are revealed.  Malpractices, violations of human rights and bad environmental policies are all guided by financial greed.

Michelle Kranot is an animator whose work I have long admired.  Along with her husband Uri, she creates films and they have made a VR project dealing with social and political issues.  Originally from Israel, Michelle is now a part of the Animation Workshop in Viborg, Denmark.  Accompanied by music from German composer Iris ter Schiphorst, their collaboration, Suggestion of Least Resistance, is based on archival materials depicting the July Revolt of 1927 in Vienna, Austria.  This clash was the result of a conflict between the Social Democratic Party of Austria and a right-wing alliance including wealthy industrialists and the Catholic Church.  The riot culminated in the police force shooting into the outraged crowd.  89 protestors were killed along with 5 policemen.  More than 600 protestors were injured in the conflict.

Michelle and Iris created a rhythmic, poetic piece comparing us, our lives, and our very humanness to burning paper blowing in a breeze.  Images of sheets of paper flying through broken windows are juxtaposed with pictures of the crowds as they meet and then disperse as shots ring out to create repetitive, stylized abstractions of the events unfolding.

My favorite piece on the program was Bloomers.  Known primarily for her animated documentaries, Samantha Moore from the United Kingdom animated on fabric to bring this story of a lingerie factory in Manchester to life.  The film takes the viewer into the sewing room of Headen and Quarmby, a family run factory which provides jobs for unemployed local people.  Bloomers combines an original score by Swedish composer Malin Bång with sounds of the sewing room and employees interviews.  The film is a touching window into the everyday working lives of British factory workers.

The initial performance of Happiness Machine with music performed live by Klangforum Wien was viewed by a sold-out audience on 8 February of this year in Stuttgart, Germany as part of the ECLAT New Music Festival.  I was fortunate enough to be invited to attend this live performance where the animators and composers were in attendance.

The program was performed with the live orchestra again in its entirety on 4 March in the Wiener Konzerthaus in Austria to an enthusiastic audience of 2.000 people.

As of now, the final scheduled performance will be on 4 May at the Elbphilharmonie Hamburg Germany.  I hope that the films will be screened at other animation festivals, even if it has to be with the soundtrack recorded by the orchestra, since I realize that bringing an entire orchestra from Austria is beyond the budget of most festivals.  The films can each stand alone as an excellent animated story and as a group, they make a strong statement about our society.  Co-producer Fabian Driehorst is handling arrangements for screenings and animation festivals.  He can be contacted at: fabian@fabianfred.com

Happiness Machine is an Interfaces project in conjunction with Tricky Women and supported by the Creative European Program of the European Union.  It is a co-production between Austria, Bulgaria, Denmark, Germany, Poland, Serbia, and Switzerland. 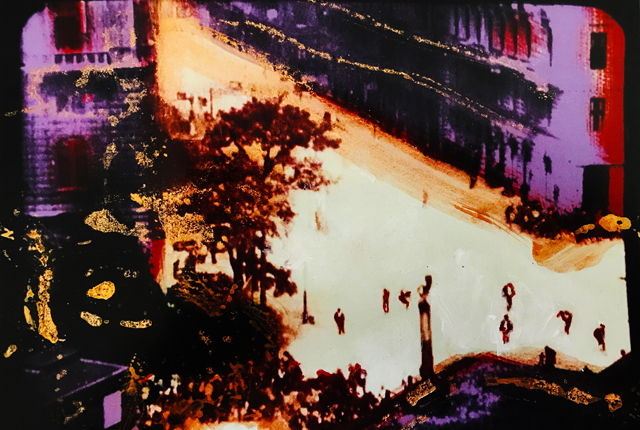 Suggestion of Least Resistance is based on archive materials which depict The July Revolt of 1927 (Der Brand des Wiener Justizpalastes), a monumental episode still acutely relevant. The animation film is a rhythmic, poetic surge, comparing us, our lives, and our very humanness to burning paper in the breeze. Images of sheets of paper flying through the broken windows of the burning palace are juxtaposed with images of the crowds as they convene and disperse. The music charges these powerful images with its own aliveness and colour.

In the context of Economy for the Common Good, the repetitive, stylised abstractions of events unfolding frame the notion of the individual vs. the historic.
—Michelle Kranot, 2018

Animated fabric brings the story of a lingerie factory in Manchester to life. Silk, cotton and lace go under the camera, as the workers recount the history of Headen & Quarmby, the UK garment manufacturing industry, and British family traditions of making. A specially composed soundtrack by Swedish composer Malin Bång, inspired by sounds of sewing machinery, evokes the ups and downs of the factory.
—Samantha Moore, 2019 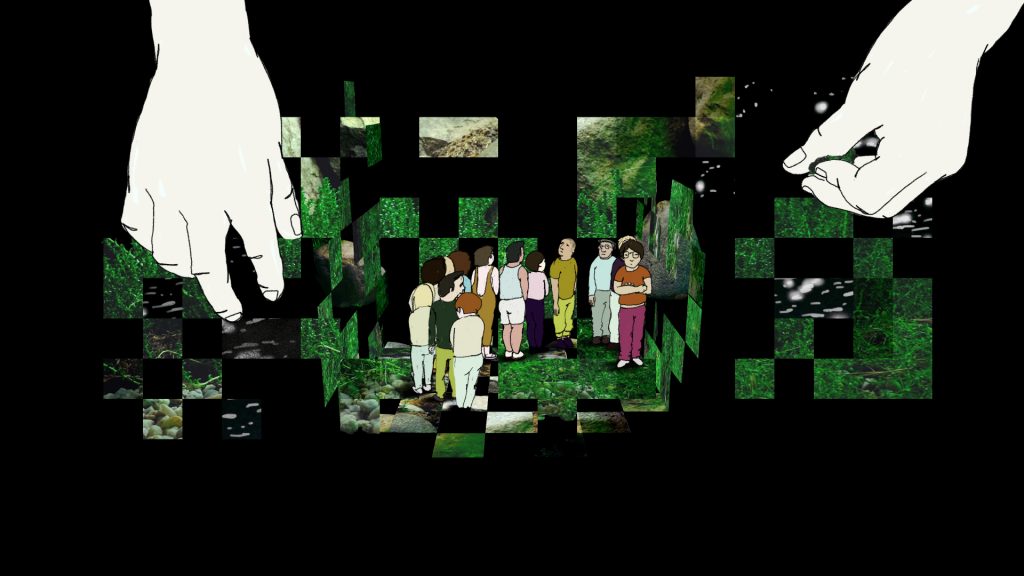 In Lickalike we give voice to our reflections on the necessity and the character of artificial and natural forms of organisation. The focus – both visual and auditive – is on the connectivity between everything that is alive. From this point of view, the work examines such self and externally organised systems that have become the basis of our current social understanding.

It’s all about individual and social identity, about interconnectedness and collectivity, social responsibility and our digital and natural living environment.

A prevailing situation can always be seen from various perspectives. The film follows various narrative threads, some of which evolve into utopian contexts of development and meaning. Fragments of organised connectivity are extracted and reassembled; the whole context is fragmented – but nonetheless it becomes apparent: Everything is connected.
—Rebecca Blöcher, 2018 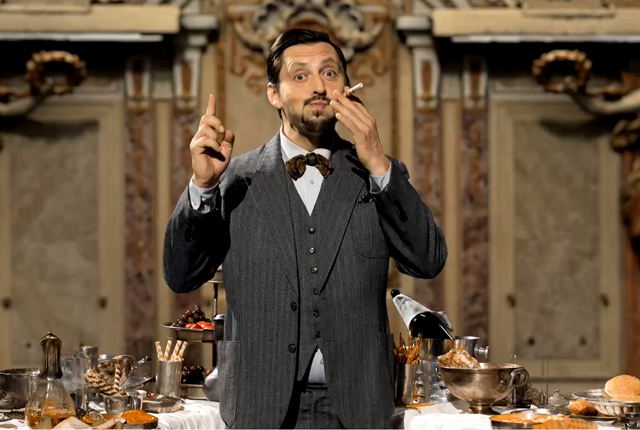 Starting out in a seemingly old-fashioned world of grandeur and glamour, PANTOPOS takes us on a journey of discovery to a surreal and peculiar place of new and abstract ideas, where nothing is as it used to be. The only thing left that is familiar to us are the people who inhabit this place, and their gestures. In the end we are left with the question whether this new place is just a dream or already part of our reality.
—Eni Brandner, 2018 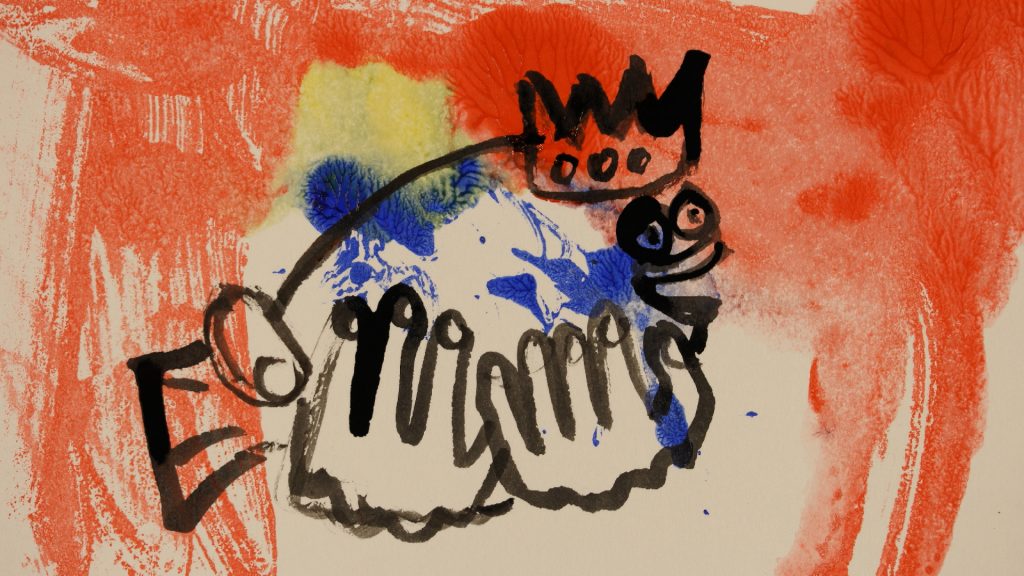 A fisherman and his wife live in a hovel. One day the fisherman catches an enchanted fish. The man tells his wife of the strange incident, and they decide to ask the fish to use its powers and improve their circumstances. They return to see the fish again and again, each time becoming more ambitious with their demands. As their greed grows, the world around them becomes more and more disturbed; the seas rise, and the earth becomes more polluted and dangerous. When the fisherman and his wife demand to become Gods, the flounder decides enough is enough. Through painted animation by Elizabeth Hobbs, and an original score by composer Carola Bauckholt, the Brothers Grimm fable ‘The Fisherman and his Wife’ is brought vividly to life. 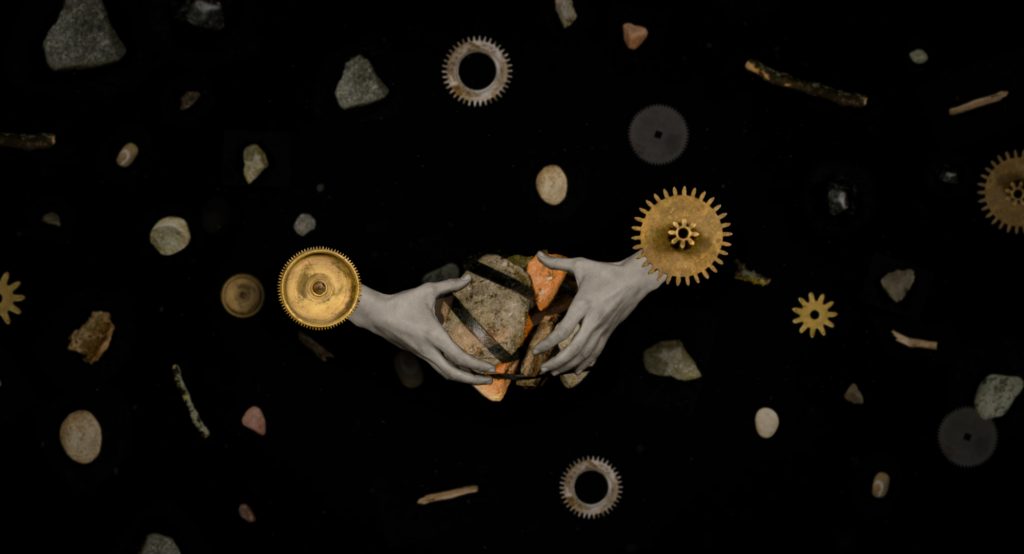 In our project we focus on the terms cooperation, trust, sharing and solidarity, which Christian Felber calls central values for the Common Good Economy. We want to translate these key terms into moving still lifes. The idea is for each term to create the atmosphere of a microcosm that works within itself and runs in an endless loop.

We are both fascinated by objects, their materiality, peculiarities and stories. Therefore we want to work with specific objects, both images and sounds, trying to reveal their essence.
—Andrea Schneider, 2018

In a circus, an ensemble of acrobats tries to create a perfect pyramid of human bodies. However, one of them has problems with his hand and cannot hold his colleague so that the pyramid collapses. The choreographer now has three options to achieve his goal: He can replace the injured acrobat with a new, more capable person; he can replace the whole ensemble, or keep the team, but find the right spot in his choreography for everyone involved. All three processes can have the same result; however the essential difference lies the path that takes them there.
—Joanna Kozuch, 2018 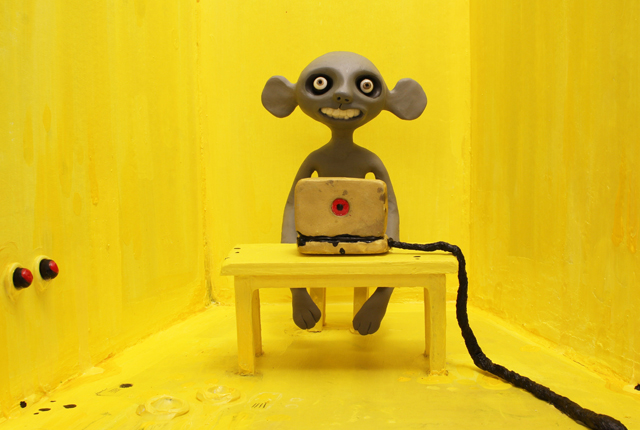 The film is conceived as a simulation of a non-existent Video-game concerned with the business practices of a company which at first sight seems ideal. However, what happens if we look at the wider picture? Gradually, details are revealed – details that show the real emotions of people, various malpractices, violations of human rights and the environment… The “ideal” space, conceived and guided by financial considerations as the key objective, is being deconstructed before our eyes.
—Ana Nedeljković, 2018 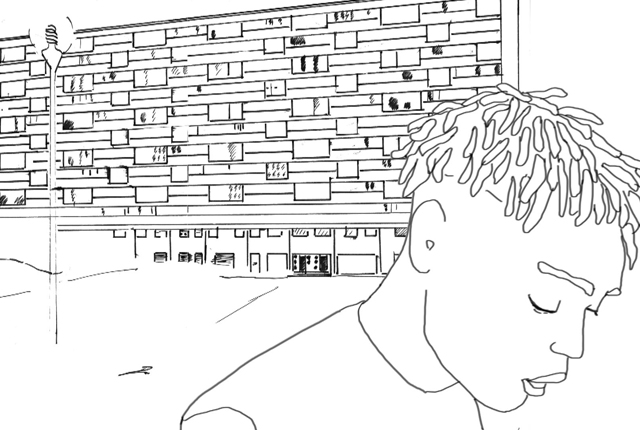 The project explores urban edges as they correspond with the marginality of social groups who inhabit them. Distance, the anonymity of the architectural setup, decay, but also movement and interaction are subjects of a raw sketch that seeks to integrate a discussion about space and segregation into the discourse of the Common Good. The audio-visual language of the film uses a transparency and starkness of approach to reflect its subject matter. The fusion of architectural lines with sound through unexpected correspondences and synchronizations aims to generate a new kind of intermedial proposition.
—Susi Jirkuff, 2018 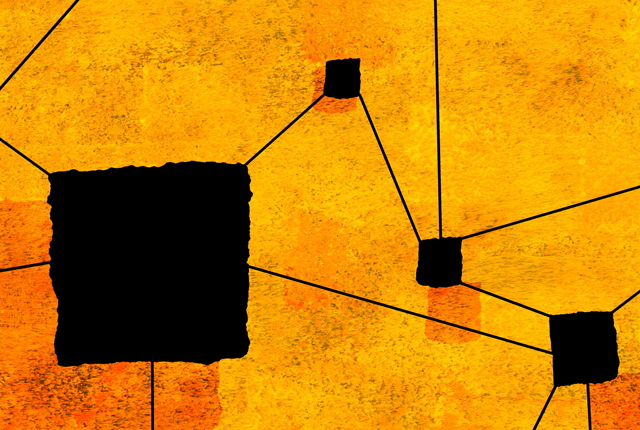 In a purely abstract way, Hierarchy Glitch deals with a core idea of the Common Good Economy model. Both its visual patterns and the ensemble’s voices are tied up in hierarchical behaviour that restrains the full potential and mobility of each individual element. Soon the matrix pattern collapses, connections and directions are lost, resulting in entropic disorder. This is the moment when individual units autonomously connect with the rest, forming organic and balanced constellations. They develop a collective organism, a resilient entity.
—Vessela Dantcheva, 2018